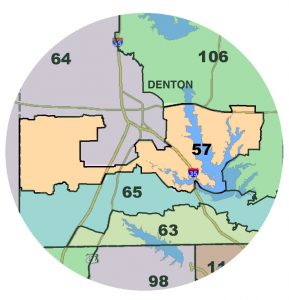 House District 57 was created as a direct result of the explosive population growth in Denton County. Population is determined by the Census, which is taken every 10 years as specified by the U.S. Constitution. This new district gives Denton County a new, rare opportunity for a fifth representative in the Texas House in Austin.

HD 57 spans a swath of varying width across most of Denton County. It includes approximately 186,500 residents and all or part of 18 cities and towns. Of the 43 precincts in HD 57, 28 are wholly in the District and 15 are partially in the District.

Cities and Towns in HD 57

• designates cities and towns partially in the District

Population data obtained in the Census is used to apportion the 435 Congressional districts. States, counties and cities across the nation also use Census data to redraw their voting districts. The goal for each district —municipal, county, state, and federal—is to hold approximately the same number of residents as other like districts within each state.

Undocumented residents are counted if they fill out a Census form. Districts should also be compact and contain areas of common interests. Neither term is defined. Race and past voting patterns also may be considered in redistricting.

Find your location in HD 57 by clicking on the map (below), On the next map, zoom in to street level (11-12 clicks; be patient) and check the box for City or Precinct (left side menu). 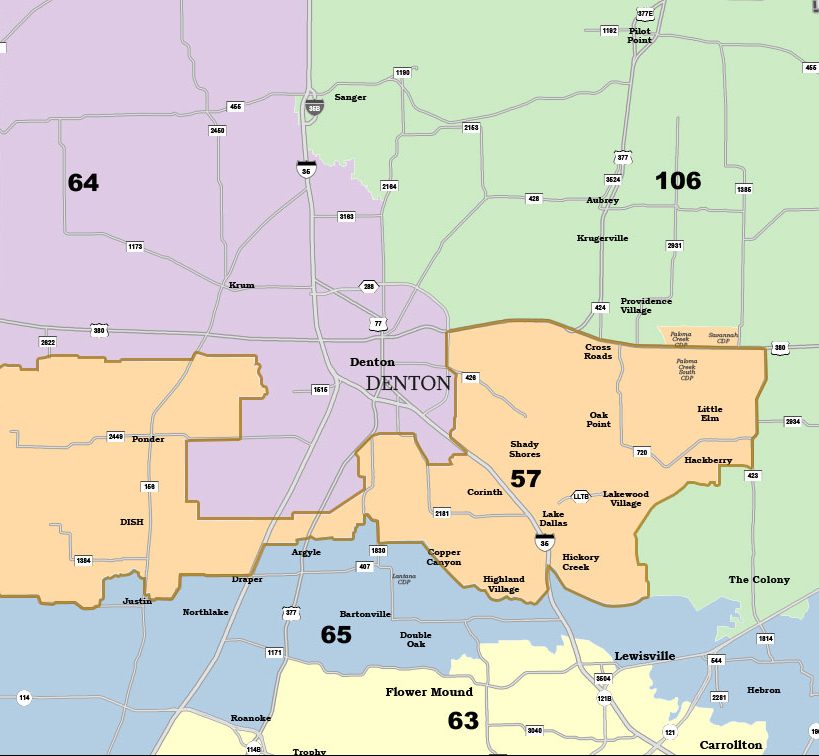